Bikenomics is a useful tool that you can use to plan and build safe and successful bicycle infrastructure. Oskari Kaupinmäki (Helsinki), Bart Christiaens (Rotterdam) and Sidsel Birk Hjuler (Copenhagen), have applied bikenomics in different ways to further cycling policies and ambitions in their cities.

Oskari Kaupinmäki (Helsinki)
Helsinki’s bicycle target network entails the city’s plan for cycling infrastructure investment and development. Oskari, Cycling Coordinator for Helsinki explains that bikenomics has allowed the city to further justify the construction of the bicycle target network by highlighting how building best practice bicycle infrastructure among major street renewals (in our case, the street called Hämeentie) yields higher benefits than costs. He continues “Bikenomics is a good tool for showing that costs related to street renewals are rather investments and should be further regarded as such. Making the math behind the ratio as transparent as possible for the public eye is crucial as no matter what, it will face opposition.”

Bart Christiaens (Rotterdam)
The past decade Rotterdam has been undergoing a transformation from a modern city designed for cars to an attractive city where it is attractive to stay. Cycling has increased by 45%. Though he is the Cycling Expert for Rotterdam, Bart Christiaens states that becoming a bicycle city is not the goal. He says “It’s about building a great city & great public places, where walking & cycling is only logical”. Cycling contributes to various goals in the public domain. Next to mobility related ones you should also think about creating jobs, creating a healthy environment for our citizens and creating an inclusive society. Even in a Dutch city it remains important to create convincing storylines for cycling. For Bart applying bikenomics has helped to create the story for Rotterdam. Sidsel is the Head of Office of the Cycle Superhighways of the Capital Region, Denmark. She explains: we see the cycle superhighways as the third pillar in regional transport planning. 31 municipalities have joined forces and together they have a vision of making more than 850 km of cycle superhighways spread out on more than 60 routes covering the whole region. A project of that size can match other great infrastructure investments which makes a socio economic analysis more relevant and interesting for decision makers.

Based on newly updated transport economic costs, a socio-economic analysis of the cycle superhighways in the Capital Region of Denmark made by the Technical University of Denmark shows that the cycle superhighway network is one of the most profitable infrastructure investments in Denmark. The network  has a return of investment of 23%, especially due to the health benefits that make up for most of the surplus. Read the socio-economic analysis here.

Would you like to learn more about Bikenomics? Participate in our training! Visit the training page to read the full information about the programme and trainers. 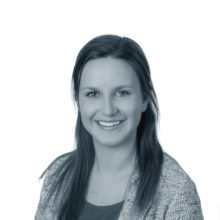