ECF highlights the importance of road safety audits and reports some examples on how the Dutch province of North Brabant keeps its roads safe for cyclists.

The revised European directive on road infrastructure safety management (RISM2) obliged member states to take vulnerable road users, such as pedestrians and cyclists, into account in various road safety procedures. One of such procedures is road safety audit (RSA) – a systematic safety check of an existing or designed road by an independent team. Its aim is to identify risks for users and propose remedial measures before any accidents happen. By 2024, all EU countries should update their training curricula for road safety auditors in order for them to be better trained to identify hazards for pedestrians and cyclists.

The Dutch province of North Brabant has already gathered some experiences with road safety audits of cycling infrastructure. Since 2018, road safety auditing is a precondition of financing cycle highway projects, high-quality routes connecting the main towns of the region. “The goal is to identify and remedy potential safety hazards as early as possible, without waiting for accidents to happen,” says Marvin Brust, Project Manager at the Province.

The audit for cycle highways is carried out twice, in the design stage and shortly after the opening of the new or reconstructed route. In the design stage, the auditors might, for example, question whether a cycle street is a correct solution for a section of the cycle highway on which through car traffic has not been eliminated. They should look at horizontal and vertical alignments, and combinations of these two that might create dangerous situations (for example, a sharp curve at a bottom of a ramp). 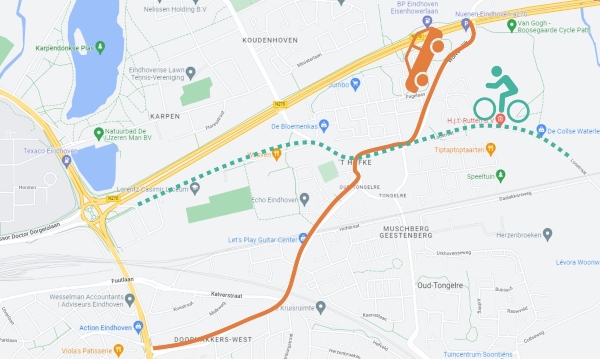 On the section in the middle, where the cycle highway overlaps with through car traffic, cycle street is probably not the best solution.

After the infrastructure has been built, it is difficult and expensive to remedy issues such as insufficient curve radius.

“If we perform an audit in the design stage, it significantly reduces the number of hazards reported after the construction is finished,” says Pleun Smits, a road safety auditor from DTV Consultants. Nevertheless, even with the best design, after opening one might find still find out issues such as, for example, insufficient drainage, imperfect connection between the old and new surfaces or dangerous fencing too close to the edge of a cycle track. But these are, in most cases, small scale and easy to remedy problems. 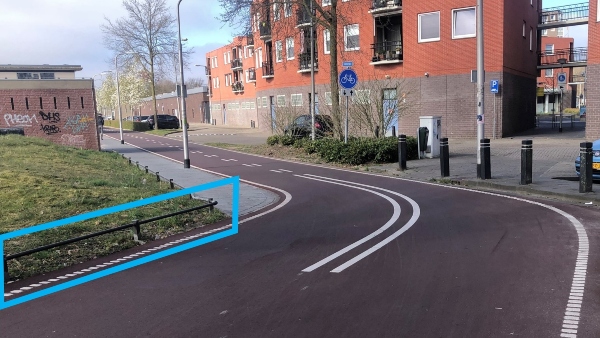 Example of an issue identified after opening and easy to remedy: fencing placed too close to the edge of the cycle track.

Auditors should also consider human factors. Smits gives an example of a limited visibility crossing, where cyclists coming from a tunnel were supposed to yield to perpendicular traffic, but seeing a green light on the next crossing, a just few meters further, they were often speeding up instead.

Integrating cycling in other investments

Of course, cyclists also need to be considered in road safety audits of other investments. If you build a road for cars, it often also includes (or should include) elements of cycling infrastructure. The auditor needs to verify whether the necessary cycling infrastructure is provided, well designed and implemented.

“Recently, we audited a design of the N226 road in Maarsbergen,” recalls Smits. It included a new railway underpass and a diversion of an existing road. Cycling infrastructure was somewhat “crammed” in the design, with auditors pointing out insufficient space and sometimes also insufficient curve radii on the cycle track. 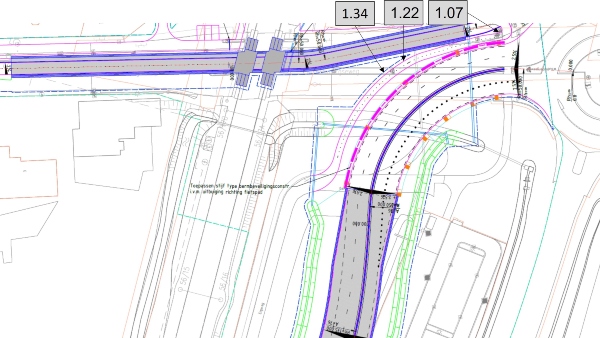 Extract from an audit of the N226 road in Maarsbergen in the design phase. For clarity, only hazards on cycling infrastructure have been indicated.

Another example is the reconstruction of the N217 road between ‘s-Gravendeel and Maasdam, with an additional service road for agricultural traffic. The design included two variants for consideration: one with cycle lanes on the service road, and one with a separate cycle track. Both variants have been audited, with different bottlenecks for cyclists identified on crossings in each of the variants.

This article is written by Aleksander Buczynski, following a knowledge session of DTV Consultants and the province of North Brabant. 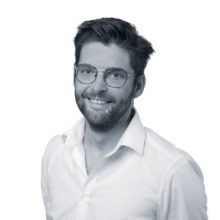